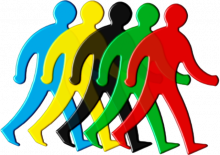 The Conservative party manifesto states that they will build on existing employment law with measures that protect those in low- paid work and the gig economy. Examples include:

For more information on the Good Work Plan which set out the  Conservative government's proposals following the Taylor Review, Emplaw has  published an updated article explaining the plan and progress so far.

The Conservative Party proposes an ‘Australian style’ points-based immigration system, post Brexit, ending free movement from European countries and with a focus on attracting skilled immigrants and filling vacancies in the UK. The system will include:

Controversially, the government will require that a minimum service operates during transport strikes.

The government proposes to create a new National Skills Fund worth £3 billion over the next Parliament. This fund will provide matching funding for individuals and SMEs for high-quality education and training.

The government states that it will improve incentives to attack the problem of excessive executive pay and rewards for failure.

The government states that it will improve the working of the apprenticeship levy.

Proposals outside the manifesto

The current government has previously made statements to the effect that it will preserve workers’ rights established under EU law. However, recent changes to the Withdrawal Agreement have been suggested by some to be a threat to EU rights.

Other employment-related initiatives announced prior to the publication of the manifesto include:

Workers on boards and other worker rights

The focus of the Liberal Democrat campaign has been on stopping Brexit which would preserve free movement.