The Queen's Speech and what employment specialists need to anticipate 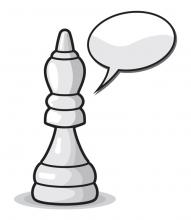 As anticipated the Conservatives have made a deal with the DUP and the Queen’s Speech last week offered to us a much pared-down version of the pledges made in the Conservative manifesto. As we expected, this was a spare, lean Queen’s Speech (underlined by the absence of full regal regalia at the event). For employment law purposes, we highlight the following, which survived the cull:

The speech endorsed increases to the National Living Wage. The Conservative manifesto confirmed that the national living wage would continue to be increased in line with the current target, 60% of median earnings by 2020.

A new Immigration Bill, applying to the UK, is planned to allow the government to end the rules on free movement of EU nationals in the UK and make the migration of EU nationals and their family members subject to relevant UK law once the UK has left the EU, whilst still allowing the UK to attract top workers.

No longer the ‘Great’ Repeal Bill, this Bill will repeal the European Communities Act 1972 and convert EU law unto UK law and create temporary powers for Parliament to make secondary legislation, enabling corrections to be made to laws that do not operate appropriately after the UK leaves the EU. The Bill will replicate the common UK frameworks created by EU law in UK law.

The government proposes a new law ‘suitable for our new digital age’. This is intended to give people new rights to ‘require major social media platforms to delete information held about them at the age of 18'. The new law will replace the Data Protection Act and strengthen rights and empower individuals to have more control over their personal data, including a right to be forgotten when individuals no longer want their data to be processed, provided that there are no legitimate grounds for retaining it. The Information Commissioner’s powers and sanctions will be updated. The  Bill will establish a regime which replaces the Data Protection Act 1998 and will implement the General Data Protection Regulation and the new Directive which applies to law enforcement data processing.

The manifesto stated that people working in the gig economy will be ‘properly protected’. The Background Briefing to the Queen's Speech refers to the Taylor report on the gig economy (commissioned in October 2016) as 'an important step' and is expected 'shortly'. Matthew Taylor has said that the report will recommend a more prominent role for the Low Pay Commission and will call for the independent body to focus on a sectoral approach on pay for areas such as retail and construction. The report will also create clear, legal distinctions between employees, the self-employed and so-called ‘workers’.

Gender Pay Gap and other forms of Discrimination

The Speech committed the government to making ' further progress to tackle the gender pay gap and discrimination against people on the basis of their race, faith, gender, disability or sexual orientation.” There is no mention of any proposed statutory reform  but in the non-legislative section of the Background Briefing certain initiatives are endorsed including: the Race Disparity Audit which was announced in August 2016 to look into racial disparities in public services and whose report is expected later this year: the  allocation in the 2017 Budget of £5 million to support returners who have taken a break from work: a £3 million programme from 2016 to 2019 to prevent and address homophobic, biphobic and transphobic bullying in schools; encouraging businesses to make their accessibility information prominent and share best practice, adopting the motto “Disability Visibility”.

The speech with background briefing is found here

Emplaw Online provides expert ‘know-how’ on employment law written by the UK's leading barristers and solicitors in a very user friendly way at an affordable price. If you are interested in a daily or annual subscription please click here

Email us at enquiries