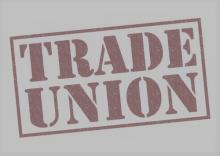 The Trade Union Act 2016 did not come into force immediately as regulations were needed to implement  the provisions. Most of the sections not previouslty in force, came into effect on 1st  March 2017 . The key changes under the Act are :

Except as otherwise stated the sections above came into force on 1st March 2017 by virtue of The Trade Union Act 2016 (Commencement No. 3 and Transitional)  Regulations 2017

In November 2016, the government announced an independent review of electronic voting for industrial action ballot. This is required by section 4 of the Act which came into force on 3rd November 2016 by virtue of The Trade Union Act 2016 (Commencement No. 1) Regulations 2016.  Electronic balloting is seen as a way to increase turn-out  but the backcloth to the review are concerns  about the electronic and physical security of e-balloting methods and how to safeguard against worker intimidation.  The review issued a call for evidence in March 2017 with submissions required by 14 July 2017. The outcome is awaited

The Government has published an updated Code of Practice on Industrial action ballots and notice to employers to reflect the provisions of the Act .

A revised Code of Practice on Picketing has been published to reflect the  provisions of the Act .

There has been no further announcement with regard to the mooted repeal of the ban on the hiring of agency staff to provide cover for striking employees (see Consultations below).

Section 11 which amends sections 84 and 85 of the 1992 Act, imposes opting in requirements before contributions from members can be made to a union’s political fund. The section came into force for the purpose of enabling the exercise of the power to make regulations under that section on 5th December 2016 by virtue of The Trade Union Act 2016 (Commencement No. 2) Regulations 2016

The Trade Union Act 2016 (Commencement No. 3 and Transitional)  Regulations 2017 brought section 11 into force from 1st  March 2017 and provides for a 12 month transition period.

Financial penalties on unions and employer associations for non-compliance with statutory requirements.

Section 19  gives the Certification Officer the power to impose financial penalties on unions and employer associations for non-compliance with statutory requirements. The government  published draft regulations and launched a consultation which closed 21st May 2017 (outcome awaited), in particular as to whether:

On 19th July 2017 the Welsh government passed Trade Union (Wales) Act  to exclude certain provisions of the Trade Union and Labour Relations (Consolidation) Act 1992, inserted by the Trade Union Act 2016, from applying to 'devolved Welsh authorities' (as defined in section 4 of the Wales Act 2017.). Sections not to be applied include:

The Bill also protects the position where agency workers are prevented from covering the work of public sector employees during industrial action, in the event the UK Government acts to remove that protection (which is currently in regulation 7 of the Conduct of Employment Agencies and Employment Businesses Regulations 2003).

Progress of the Act can be viewed here.

A useful summary of the The Trade Union (Wales) Act 2017 including impact assessments, published by the National Assembly for Wales Research Service is found here

Consultations to Accompany the Bill

To accompany the Trade Union Bill 2015/16, the government  published a consultation paper on tackling intimidation of non-striking workers, a consultation on hiring agency staff during strike action: reforming regulation and on what occupations should be included in the 40% important public services ballot threshold.

The government published its response to this consultation in November 2015.The government stated that it would improve and update the code of practice on picketing to set out the rights and responsibilities of parties involved or affected by industrial disputes. This includes the use of social media and protests. The Trade Union Bill required unions to issue a letter of authorisation to the picket supervisor and the response indicated that the government would table an amendment to the bill to clarify who is entitled to ask for details about this letter. This amendment would clarify that the union’s letter approves the picketing, not the picket supervisor. See now section 10 of the Act and the draft revised Code of Practice on Picketing

See now section 3 of the Trade Union Act. and Regulations below

Hiring agency staff during a strike

From July to September 2015 there was  a consultation seeking views on the impact of removing Regulation 7 of the Conduct of Employment Agencies and Employment Businesses Regulations 2003 which prohibits employment businesses from providing agency workers to:

The government wants to remove this regulation to allow employers facing industrial action to hire temporary agency workers from employment businesses to perform some of the functions not being carried out due to the industrial action.

The outcome of the consultation is still pending.

In January 2016, the government published the following impact assessments on key aspects of the Bill including on union subscription wage deductions; reporting trade union facility time in the public sector and effect on business, public sector and individuals of measures in the Bill.

This instruments below set out which important public services in the health, education, fire, transport and border security sectors will be specified in relation to the 40% balloting threshold. These draft regulations are due to come into effect from 1 March 2017 or, if later, 21 days after the date on which the regulations are made.

Guidance including advice for unions on applying the 40% threshold in practice, and  examples of workers covered in each sector in the regulations is found at https://www.gov.uk/government/uploads/system/uploads/attachment_data/file/583582/Annex_A_Draft_40__guidance.pdf

We provide expert know-how on employment law written by the UK's leading barristers and solicitors in a very user friendly way at an affordable price. For subscription information, please click here