What does Brexit mean for employment law? 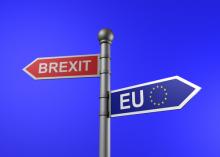 There are no immediate legal changes following the UK's vote to exit the EU. Uncertainty over the timing of an exit and the consequences of the vote still remain.

As for timing, the UK is required by Article 50 of the Lisbon Treaty to give formal notice of its desire to leave the EU but David Cameron wants to wait for a new Prime Minister to start the process. This suggests a delay of at least three months before the process and negotiations will even start although there is pressure from other EU minsters for the process to be timely and the speaker of the European parliament, Germany's Martin Schulz, has told reporters that they could not wait "a long time".

Other legal approaches to leaving have been suggested such as a revocation of the 1972 European Communities Act that gives EU law effect in the U.K but the Article 50 route currently appears the most likely.

As for uncertainly, over 4 million people have signed a petition to try to trigger a second referendum although that is currently ruled out by David Cameron. Meanwhile, Northern Ireland and Scotland, whose peoples both voted to remain, are very reluctant to be dragged out of the EU by England. Assuming however that the vote holds, none of the uncertainties about the consequences of an 'out' vote that troubled many before the referendum have yet been clarified.

There is no certainty as to what changes will take place once relevant negotiations have concluded . Whilst some might speculate on possible developments, the reality is that all changes will depend on the complexion of future governments and the cases that come before the courts.

That said, we do now need to focus on what was, until last week, a theoretical issue. With this in mind, we round up a number of useful articles (published pre the referendum) which deal with the process of leaving and the consequences for employment law.

Brexit: How would it affect UK employers and employees? - A pithy article from Emplaw Online which summarises how Brexit would affect UK employment law, highlighting some potential specific changes and explaining that the reality depends on the politics of future UK governments and the subject matter of the cases that come before the courts.

EU Referendum - The Impact For Pensions, Tax And Employment Law - As the title suggests, a useful article from Emplaw Online authors Gowling WLG

Workers’ Rights From Europe: The Impact Of Brexit - The TUC published a 66 page legal opinion on the implications for workers which it had commissioned from Michael Ford QC of Old Square Chambers,

The Post-23 June Process - One in a series of Articles published by Matrix Chambers. The others are The impact of EU law on the ‘sovereignty’ of the UK,The Law of the EU Referendum, Immigration and Brexit , Scotland and Brexit, Brexit and Premier League Transfers The New Settlement Agreement